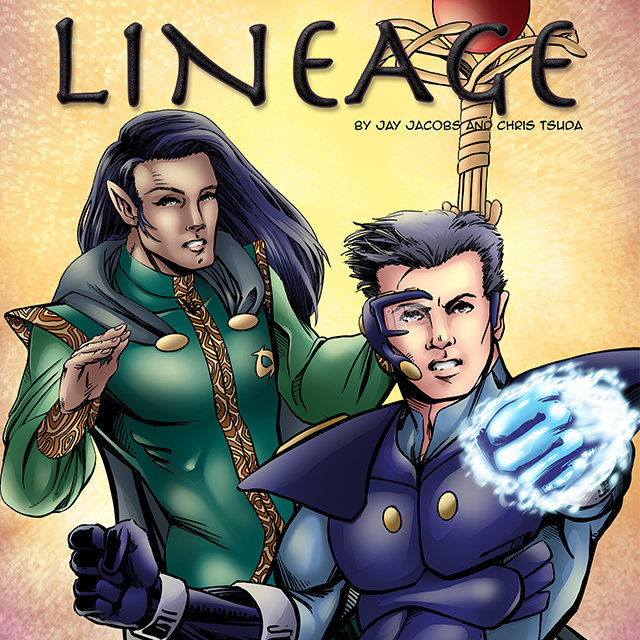 It is the year 2314 and Earth is dying. Nearly all land mass has been usurped by mega cities. The oceans are simply recycling and harvesting vats to provide food and water for an overpopulated world. Humanity has reached for the stars, but has only managed to colonize the Moon and Mars, and to establish mining colonies in the asteroid belt to provide raw materials for an ever ravenous industrial engine.

Madison, the head of the Global Defense Agency (GDA), already has her hands full. Rebel colonists, political activists, eco-terrorists, there are far more of them than her. She doesn't need a new crisis. The sudden destruction of nearly five hundred square miles of Appalacia City, and the appearance of a growing, vital, alien forest in the destruction zone is definitely "a new crisis."

Janus, one of the worlds few metagenic humans, thinks of himself as a hero... but he really doesn't know what that means. When faced with the unknown, Janus must decide for himself if a hero follows his orders, or follows his conscience.

O'ryn, an alien sent to prepare the Earth for colonization, discovers that what he thought was a lifeless world is anything but lifeless. It is his duty to save not only his world, but the one his people have doomed to destruction. That may be more than even he, with all the power of his people behind him, can do alone.

Janus and O'ryn struggle to survive the ever escalating attempts to destroy the forest and them by Madison's GDA. The unlikely duo must discover what's really going on, acquire allies, and stop the end of the world, all while Madison strives to keep control of the situation and prevent the civilization from descending into chaos. They may be fighting at counter purposes, or they may be our last hope.

Nice. Waiting for the next volume